CONSUMERS UNION NEWS RELEASE     For Immediate Release:  Tuesday, March 20, 2012
Consumer Reports Poll:  Americans Overwhelmingly Support Strong Medical Device Safety Oversight
Industry Pressure Stymies Patient Protections In Draft House and Senate Medical Device Bills
WASHINGTON, D.C. –  A new Consumer Reports poll shows overwhelming public support for strong medical device safety oversight.  The poll was released just as House and Senate Committees have issued draft legislation to reauthorize the statute governing medical devices and at a time when the FDA’s process for reviewing new implants has come under intense criticism.
The House Energy and Commerce Health Subcommittee’s draft bill would significantly weaken device safety oversight and should be rejected by Congress, according to Consumers Union, the policy and advocacy arm of Consumer Reports.  While the Senate Health, Education, Labor and Pensions Committee’s draft bill provides some additional protections for patients once devices are on the market, it misses the opportunity to enact a clear process for preventing unsafe devices from being sold in the first place.
“Recent problems with metal hip implants and surgical mesh have shown how our current system fails to ensure medical devices are safe and effective,” said Lisa Swirsky, senior policy analyst for Consumers Union.  “Unfortunately, the House bill weakens current standards to speed up device approvals rather than improving safety oversight.  The Senate bill offers some improvements but it should be strengthened to require stricter safety testing of new implants and life sustaining devices.  Congress should recognize that the public is far more concerned about making sure devices are safe and work than how quickly they are made available.”
The medical device industry has been pushing Congress to scale back oversight of implants and other devices, which it claims is necessary to promote innovation and make it easier to get new devices approved.  But according to the new Consumer Reports poll, 82 percent of Americans believe that preventing safety problems is more important than limiting safety testing in order to prevent delays and encourage innovation.
The vast majority of medical devices do not require proof that they have been clinically tested and found to be safe and effective prior to being cleared by the FDA for distribution or sale.  Instead, the FDA is limited to review only whether the device is similar to one already on the market.  Ninety-one percent of the Consumer Reports poll respondents said each implant should be safety tested before being sold even when similar implants were in use, and 68 percent of those respondents thought they “definitely should” be safety tested.
Current law allows the FDA to approve a new device that is similar to an existing device even when the existing device has been recalled because of safety problems.  So far, the medical devices industry has succeeded in lobbying Congress to keep this policy in place – neither the House nor Senate discussion drafts address it.  However, 71 percent of the poll respondents said that a new device should not be allowed to be sold based on its similarity to an existing implant that has a safety problem or has been recalled.
Ninety-four percent of poll respondents indicated that medical device makers should be required to do long-term monitoring of implants if there are safety concerns or problems with a particular device.  Existing law gives the FDA only limited authority to require such long-term safety monitoring.
Similarly, 95 percent of respondents said that effective consumer protections for medical implants should include a nationwide system for tracking medical implants so patients can be notified about safety problems or recalls.  No such system currently exists in the U.S. even though it was required by Congress’ previous reauthorization of the law.
Sixty-six percent of respondents indicated a high level of concern about the safety decisions or recommendations made by expert committees that included doctors who had current financial relationships with medical device makers.  Industry lobbyists have been pushing lawmakers to weaken current rules designed to prevent such conflicts of interest.  The Senate and House discussion drafts remove current caps on the percentage of expert committee members that can be granted waivers if they have a conflict of interest, a provision championed by consumer advocates five years ago.
One additional finding of the poll was that 17 percent said they had a medical implant and 47 percent have a family member or close personal friend with one.  These findings reflect the large number of Americans using medical implants that could pose a risk of significant harm if they break, leak, stop functioning or disintegrate.
“Our poll shows that Americans support common sense reforms that would help improve medical device oversight and keep patients safe,” said Lisa McGiffert, director of Consumers Union’s Safe Patient Project.  “The vast majority of the public wants strict requirements that ensure new implants are safe and effective.”
Consumers Union’s Safe Patient Project has called on Congress to require more rigorous safety testing before medical implants and life sustaining devices are allowed on the market and to establish a better system for monitoring devices after approval, including a national system for notifying doctors and patients when safety problems arise. For more details, see the Safe Patient Project’s Improve the Safety of Medical Devices fact sheet.
The Consumer Reports National Research Center conducted a nationally representative telephone survey about medical implants such as artificial joints and heart stents between February 9-12, 2012.  The poll included 1,000 U.S. residents (18 and older) and was fielded by vendor ORC International.  Respondents were asked their opinions about the safety, level of concern and consumer protections related to medical implants.  The margin of error is + / - 3.0 percentage points at a 95 percent confidence level.
###
Michael McCauley
Media Director
Consumers Union
mmccauley@consumer.org
415-431-6747, ext 126 (office)
415-902-9537 (cell)
www.ConsumersUnion.org
Posted by Joleen Chambers at 9:38 AM 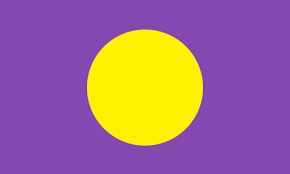 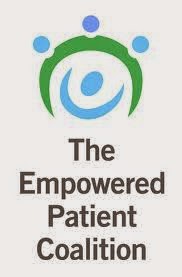 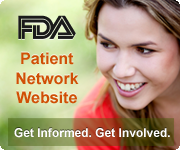